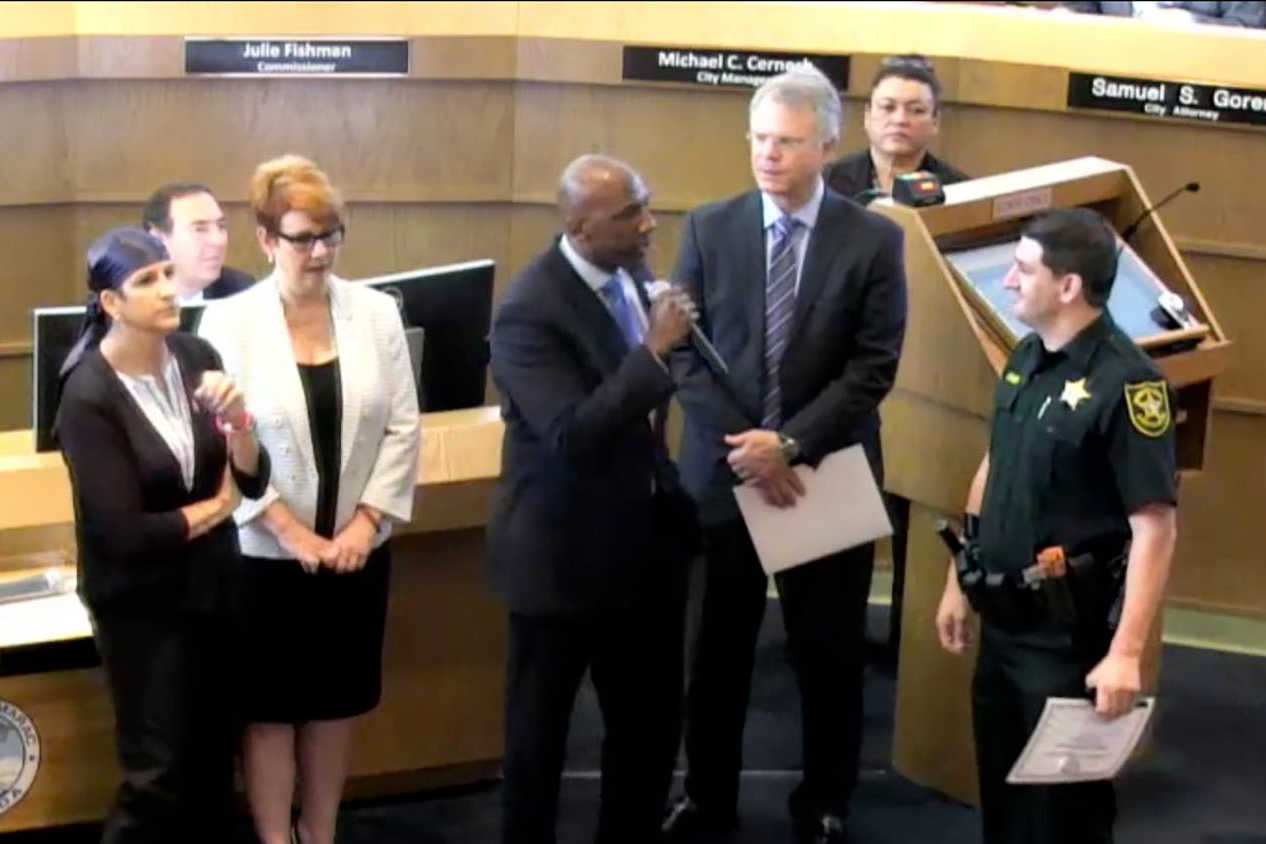 After 20 years in the New York City Police Department, its deputy chief, Christopher McCormack, was being honored last month for his dedication to the job. He hadn’t spent any time off since he joined in 1996.

Not all of that dedication was appreciated. During a ceremony at the City University of New York Graduate Center on Sept. 6, McCormack was recognized for his “edging out the old system and opening up the process to just regular citizens to post their ideas on Instagram.” But that wasn’t enough for two former members of the NYPD who did not appreciate how he was presenting himself on social media.

McCormack’s presence drew immediate criticism from one man — who refused to shake his hand. As documented in a video that went viral, a man started angrily walking up and down the podium, telling McCormack that he didn’t like the officer who gave the presentation.

He went on to detail the crisis he faced as a police officer when he was trying to investigate a possible domestic violence incident.

“You’re a predator. And I’m ashamed to work for you!” he said.

When McCormack took the podium, he patiently addressed the concerns. “OK,” he said. “I’ll hear you and handle it as we proceed. Don’t yell at the cops!”

“Sir, I’m just a citizen who feels very upset and frustrated that this would happen,” one of the protesters said.

“Well, that was very disrespectful to the officer, and I’m going to tell you what,” McCormack responded. “If I don’t take this the same way, you’re going to be an angry citizen for the rest of the day.”

But the continued demonstrations and “unprofessionalism” continued, according to the Police Department. The next day, this video of McCormack and his wife meeting the man who had confronted him went viral:

And in a press release posted to their Facebook page, New York City police said they were embarrassed by the threats from former employees, which were “directed solely at one individual on several occasions.”

Although some have suggested that the incident may have been a fake — or a “body flip” — as one commenter suggested, the NYPD and McCormack are adamant that it was not a stunt.

“The [former employees] in question had a gripe with the presentation of the award,” the Police Department said in its statement. “They were rude, unprofessional and exhibited behavior that has no place in policing.”