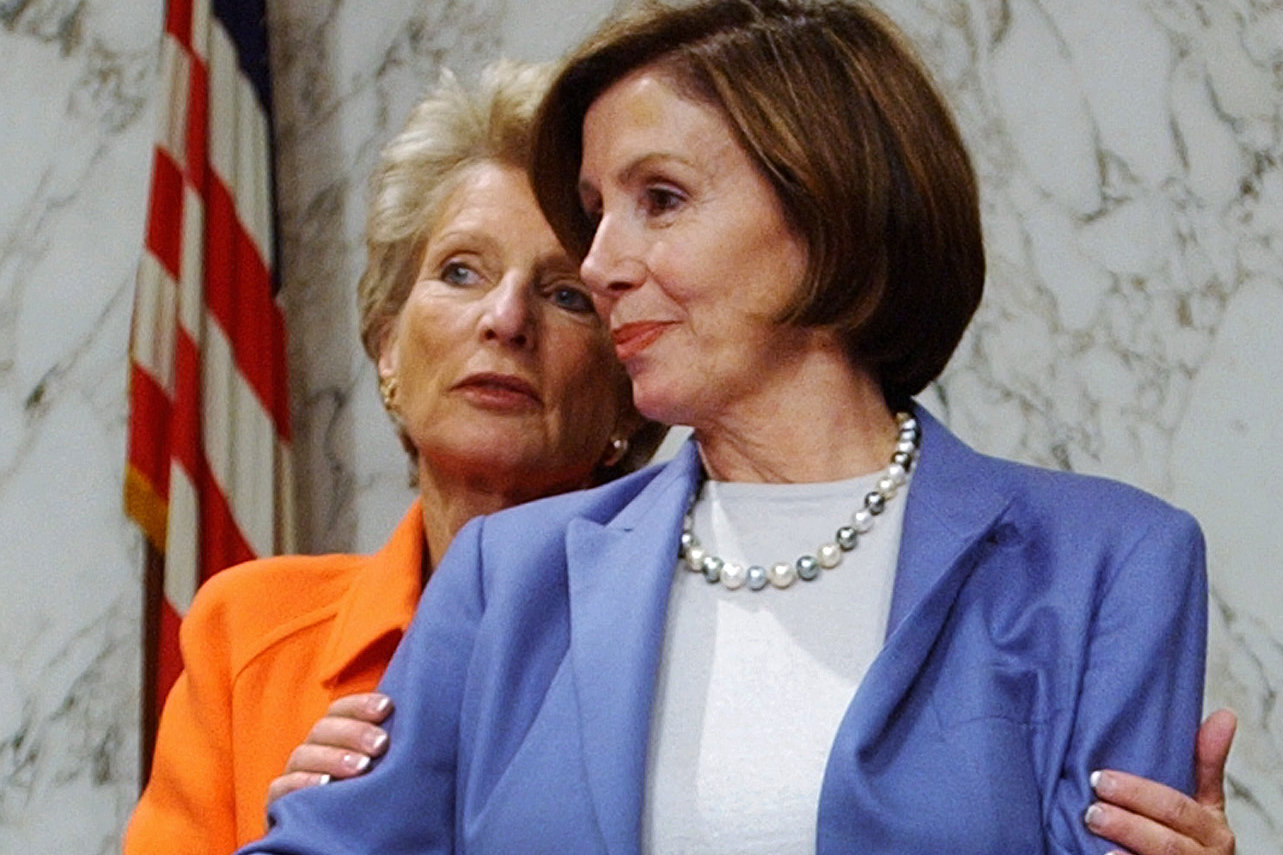 WASHINGTON — House Speaker Nancy Pelosi, who stood just feet away from President Trump on the steps of the Capitol during her 100th day in office, told him Tuesday that she takes very seriously her responsibility to protect the president’s constitutional authority to run the country.

“We shouldn’t be trampling on anybody’s freedom of speech,” she said. “Let’s come to terms. I’m not going to do that. You have come into my wheelhouse.”

Two weeks after Trump promised to shut down the government over his insistence that the nation’s southern border be walled off from illegal immigrants, Pelosi defended the right of Democrats and Republicans to complain about immigration.

“It’s very necessary,” she said. “We have a border. We have enough issues in this country.”

The chance to take a stand against Trump on the same stage, was another card, she said.

Trump declined her invitation to meet face-to-face with her earlier this month, citing a lot of misinformation about the wall.

“I thought if he would have said ‘I’m happy to meet,’ I’d say something about border security,” she said.

About his response, she said, “I don’t know what he thought it was.”

Pelosi noted she doesn’t think the wall’s a solution to the problem of illegal immigration, and lamented that she didn’t get to personally address the nation last week about the standoff.

In a private meeting on Tuesday afternoon in the House chamber, she told Trump, “I’m from a big family — this is a big family.”

And when she reminded him that when he was elected, she was among the first House leaders to congratulate him, “I said, ‘Wait a minute,’ and you took that from me,” she said.

Asked how she was feeling after Trump declared the current impasse over the wall and blamed her for failing to resolve it, she said she was “bewildered” and “a little bit puzzled” by his claim.

“I think we’re in a very good place now,” she said. “I’m getting everything I want,” including support for Israel. “Our wall was built by troops, not by Nancy Pelosi.”