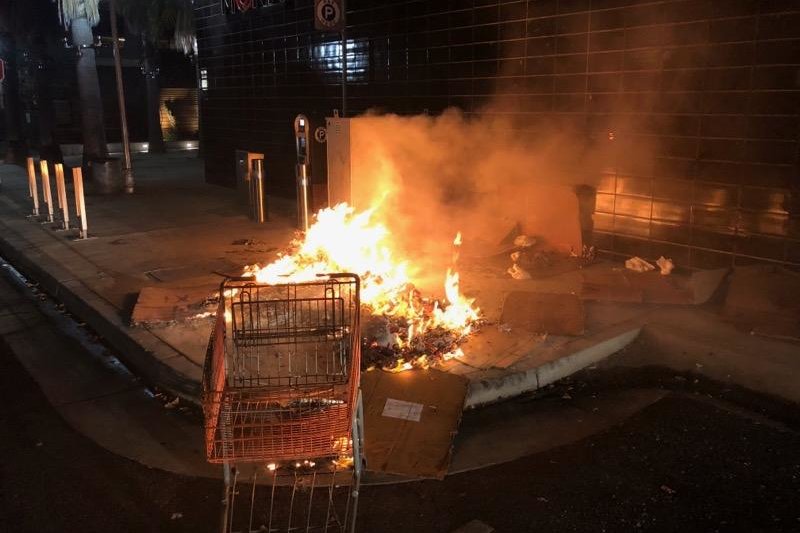 Police in the Los Angeles area are looking for a suspect who allegedly tried to set a homeless man on fire. Video showed the man — identified as 22-year-old Che James, a transient — trying to “set fire to” 45-year-old Patrick Sterner, after initially arguing over clothes.

The altercation led police to Sterner, a transient who set up a tent, and later the fire in the man’s own tent, according to Los Angeles City Councilman Mitchell Englander. Los Angeles Fire Department officials noted that “there was no fire in either of the tents.”

A crowd pulled James off of Sterner, but according to police the man ran away again before returning to set him on fire. The Los Angeles Times said that in addition to cutting Sterner’s face with a knife, James then smashed his head into the ground with “a metal object.”

The criminal investigation has been turned over to the FBI, according to the Los Angeles Times.

Only hours before the attempted attack, Englander noted that it is extremely hot in the area during the day and that it can be easy to see why people turn to making pyrotechnics to deal with the heat. It also should be noted that pyrotechnics are prohibited near the Cahuenga Pass.

Watch the video, which was originally shared on the Southern California Anti-Eviction Task Force Facebook page, below.

“I hope you don’t have to deal with this,” Englander said in a Facebook comment. “I am so glad he’s OK. It was horrific.”

Read the full story at CBSLA.

Homeless man set for life by imposter sets himself on fire, but miraculously survives